The Women’s Budget Group were invited to teach students about gender responsive budgeting at the first summer school in Latin America on gender and economics. Professor Sue Himmelweit and Janet Veitch from our management committee went along. Read an account of their trip below.

The summer school was held at Pontificia Universidad Javeriana in Bogotá in the first two weeks in July. It’s the second oldest university in Bogotá being founded in 1623 (the oldest was founded in 1580!).

They had 104 applicants from all over Latin America, out of which they selected 25 candidates. They were all highly qualified and highly motivated! The summer school was a first in a number of ways – the first in Latin America, and a first for this university to give a lead in the subcontinent on gender budgeting. They also assembled an impressive group of visiting faculty from the United States, Uruguay and Mexico (amongst others) as well as from Colombia itself.

Sue’s lecture covered the care economy and concepts of unpaid care. She talked about gender equality impact assessment of taxes, transfer payments and public services, drawing on our experience in the Women’s Budget Group, and made the case for talking about spending in public services, particularly on care, as investment in social infrastructure.

Janet explained in more detail the casebook examples of how gender budgeting had been applied in the UK – in fiscal and macroeconomic policy.

The University held a public reception in the evening for eighty guests from the Colombian government, civil servants and faculty from various universities in Bogotá to launch our Women Count casebook. Janet and Sue introduced the case book to the audience and then took part in a panel discussion facilitated by a well-known local professor and media pundit. Publicity for our visit and the Casebook didn’t stop there, we were also interviewed on Bogotá radio and Janet participated in a teleconference with the gender leads for the British Council across North and South America. We gave copies of the casebook to all the students at their graduation ceremony.

Plans are being hatched to continue the connections that we made with the University, the British Council and with the students themselves. 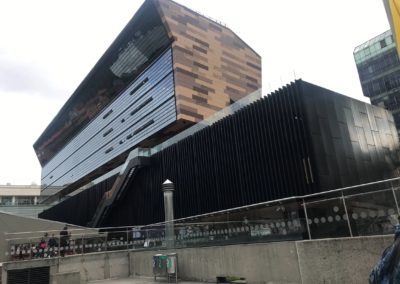 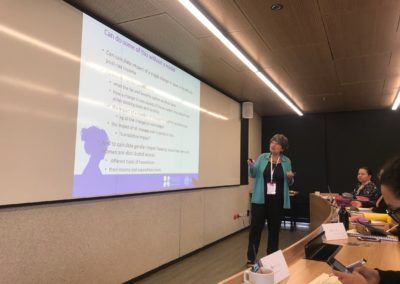 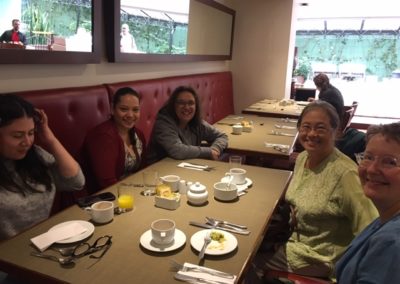 Janet Veitch with some of the students and Maria Floro from the US, one of the other lecturers on the course