Croeso i Gymru! – The Commission on a Gender-Equal Economy visits Cardiff

Our Commission on a Gender-Equal Economy has been on tour! Last week, we visited the Welsh Assembly in Cardiff, inviting Assembly Members (AMs) to come and share their vision for a gender-equal economy with Commissioners. We think it’s really important that the work of the Commission fully considers the different dynamics at play in each of the four nations of the UK and this session at the Welsh Assembly was a chance to learn directly from policymakers about their priorities for gender equality in Wales.

The event was hosted by Leanne Wood, former leader of Plaid Cymru and AM for the Rhondda, who was keen to emphasise how important an intersectional approach to the economy is.

“A gender equal economy involves taking an intersectional approach because there are women of colour, women who are gay, women who are trans, women who working class or maybe on the autism spectrum, who receive an even worse deal than the majority of women. It’s also important that we share our caring responsibilities much more equally than we do at the moment. And finally, it’s important to ditch stereotypes. They’re harmful, they hold us back, and there’s absolutely no need for them in 2019.”

Other AMs dropped in to see us to share their visions of a gender-equal economy, including Dai Lloyd, AM for South Wales West, and David Rees, AM for Aberavon, who both emphasised the need to secure equal pay. Dai Lloyd was also keen to tell us more about the Wellbeing of Future Generations Act (2015) which places a duty on public bodies to work towards the achievement of wellbeing goals. This is a really interesting example of how to centre human wellbeing and environmental sustainability in policy – and certainly something that the Commission on a Gender-Equal Economy can learn from.

We were also joined by our brilliant Commissioners including Commission chair, Diane Elson, who shared their own visions of a gender-equal economy. Many stressed the need for investment in social infrastructure, valuing and redistribution of care and the importance of women’s financial independence.

Following this event at the Welsh Assembly, we held dialogue meetings with Welsh women’s organisations on 13 and 14 June, to give Commissioners the opportunity to learn from Welsh experiences and priorities at the grassroots level too. The Commission on a Gender-Equal Economy will continue to travel across the four nations of the UK – next stop, Glasgow in September. Watch this space! 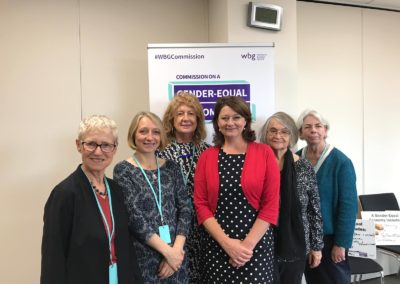 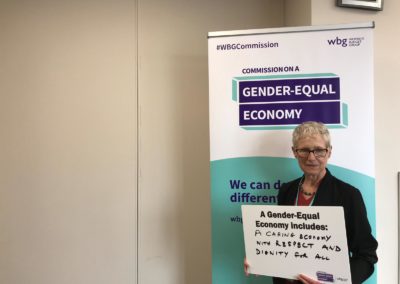 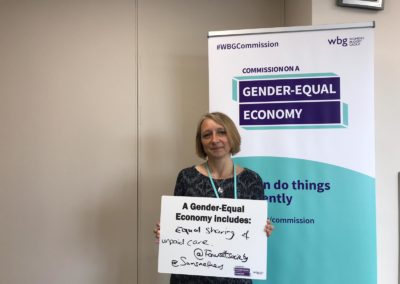 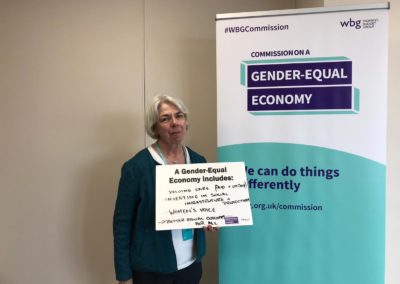 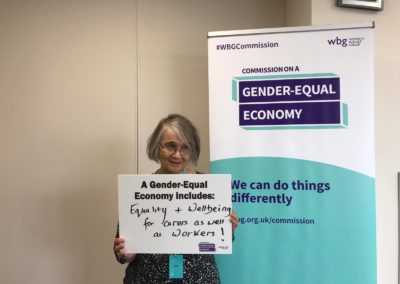 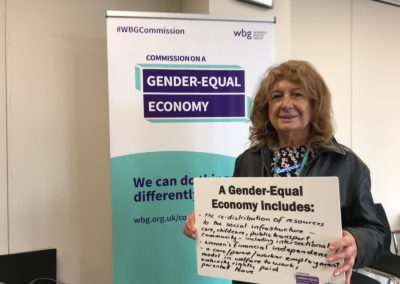 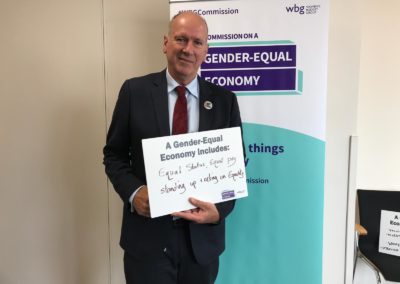 David Rees, AM for Aberavon 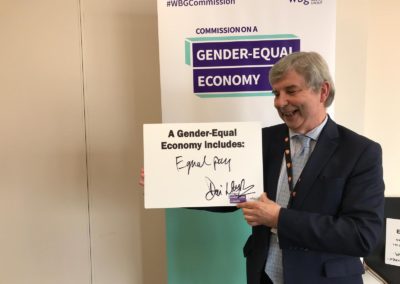 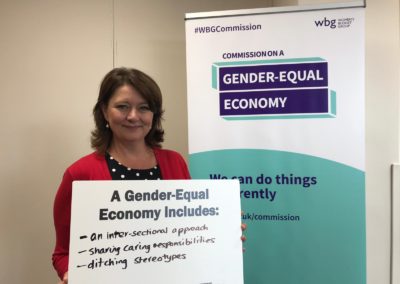 Leanne Wood, former leader of Plaid Cymru and AM for the Rhondda 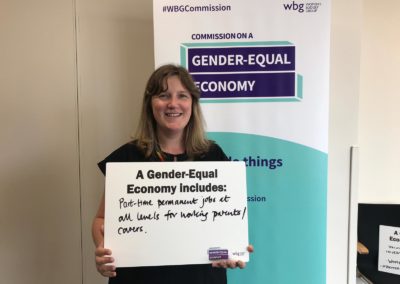 A member of the Welsh Assembly’s Diversity and Inclusion team