On Wednesday 5 June, the Commission held a drop-in session in the Houses of Parliament to give MPs, policy makers and members of the general public the opportunity to meet with Commissioners and WBG staff to find out more about the work of the Commission, and to show their support for a Gender-Equal Economy. The drop-in was kindly hosted by Maria Miller MP and Jess Philips MP, Chair and Vice-Chair of the Women and Equalities Select Committee.

The event was a huge success and we were overwhelmed by the level of interest from those that attended. It highlights the strong cross-party support that exists for a programme of policies seeking to proactively address the inequalities that exist in our economy, and in our society.

We asked attendees to share with us their vision for a Gender-Equal Economy, drawing out people’s differing priorities but also the convergence in ideas for how to fundamentally reshape the economy to ensure it’s putting the care and well-being of people and planet at its centre. You can see some examples of these visions below.

The pressing need to tackle inequality and to start to think about, manage and measure the economy in new ways cuts across political divides. We hope to build on the many positive conversations we had in the coming weeks.

We’ll be hosting a second Parliamentary drop-in at the Welsh Assembly on Thursday 13 June, ahead of the next meeting of the Commission in Cardiff. We look forward to taking the Commission and its vision out of London engaging with Assembly Members. 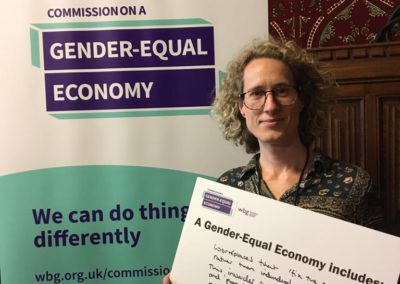 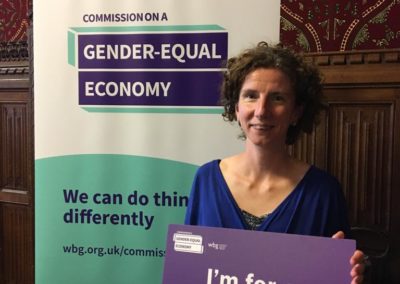 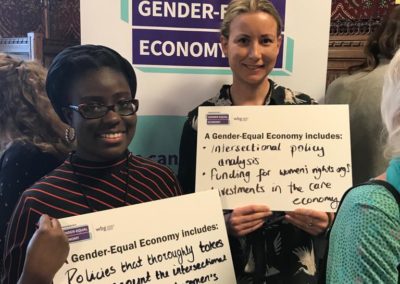 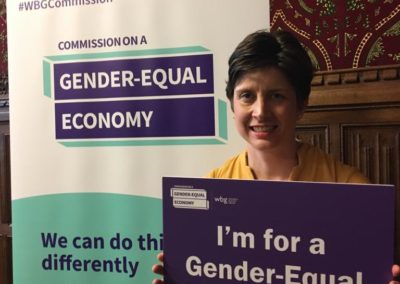 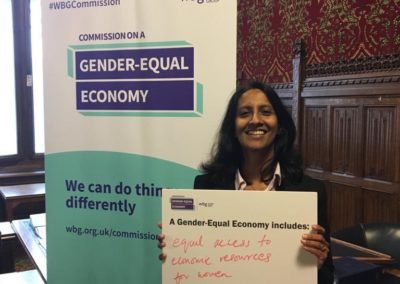 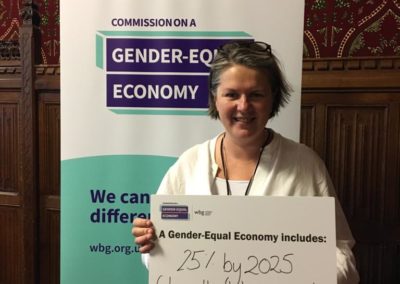 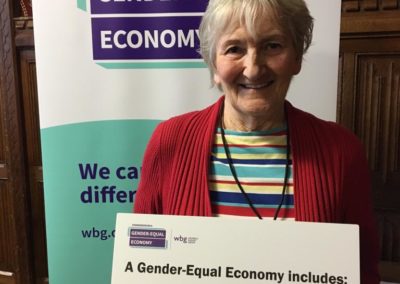 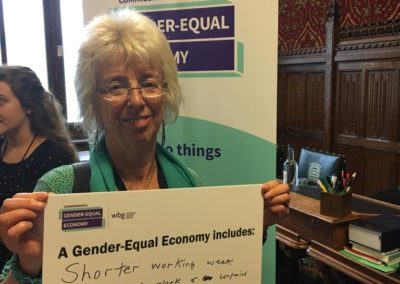 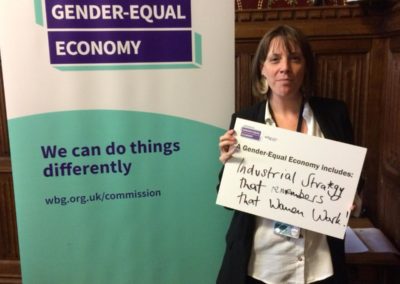 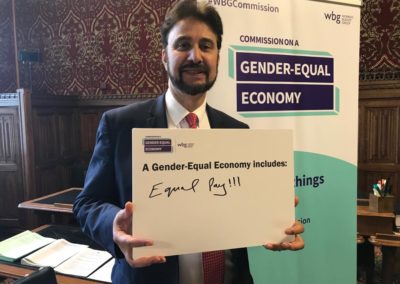 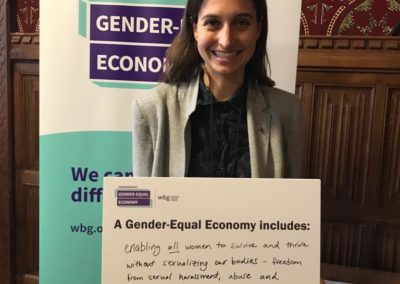 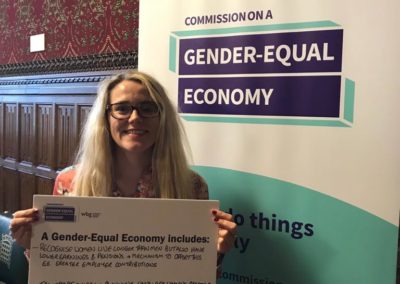