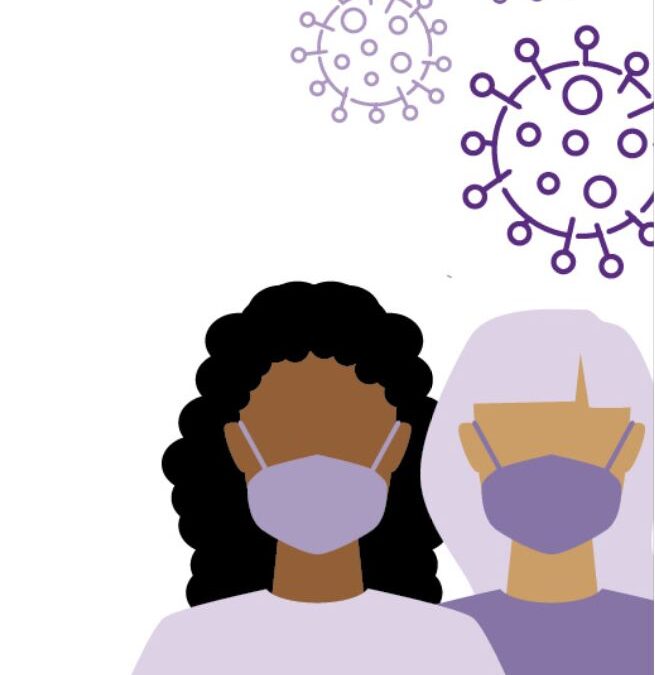 Parents on a lower income have seen a reduction in earnings due to loss of hours and job losses compared to parents on higher incomes.

Data shows that nearly twice as many mothers (15%) reported having to take time off work with no pay due to school closures or a self-isolating/sick child compared to 8% of fathers.

Our polling shows that even before these current school closures mothers reported being responsible for higher amounts of unpaid work. This has likely increased with the school closure of 2021.

Dr Mary Ann Stephenson, Director of Women’s Budget Group, said:
“As the vaccinations are rolled out across the UK and those most vulnerable are prioritised, we need a similar approach to the economic recovery of the pandemic. Whether at work or in the home it is women who are being impacted across the board. Our research has shown that low-income households are more likely to be female headed and in particular single mothers are heading these households.

The government must prioritise groups that have experienced the highest amounts of financial loss. This includes rolling out policies such as the right to be furloughed while children are at home which can help protect mothers and those in low paid jobs from job loss and loss of hours. The government must also show that it recognises the financial strain of school closures. Having children at home is expensive: more meals to provide, rooms to heat and additional costs needed for digital equipment for online learning. Increasing Child Benefit immediately to £50 per child per week will go a long way in supporting families.”

Felicia Willow, Fawcett Society Interim Chief Executive, said:
“COVID-19 has had an impact on everyone but data consistently shows us that it is women who have shouldered the greatest burden. Without concerted effort, the pandemic’s regressive impact on gender equality will leave us with a two-tier economy – with women firmly at the bottom.

“The fact that caring responsibilities typically fall to women means we risk seeing a sharp fall in maternal employment. The Government must bring the needs of women, particularly mothers, into sharp focus otherwise the clock will turn back on equality – which is bad for women, bad for the economy and bad for society.”

Anna Ritchie Allan, Close the Gap’s Executive Director, said:
“This data shows that COVID-19 has magnified the precarity of women’s employment. Women are twice as likely as men to be forced to take unpaid leave to self-isolate or do childcare during school closures. Those on low incomes, the majority of whom are women, have been hardest hit by job losses and having their hours cut. This will pull many women and their children into poverty and exacerbate women’s inequality in the labour market.”

Emma Ritch, Executive Director of Engender, said:
“Women in Scotland continue to be disproportionately impacted by COVID-19, facing increasing unpaid work and caring commitments alongside significant job losses in sectors dominated by women. Women are more likely to work in precarious and low-paid sectors, and recent polling shows that parents on lower incomes are more likely to be affected by loss of hours at work.

Engender research has shown that mothers are withdrawing from paid work due to additional caring responsibilities, and four nations polling shows that nearly twice as many mothers than fathers have had to take time off with no pay as a result of school closures or children needing to self-isolate. As ongoing lockdown measures combine with unsustainable, low paid work and the dearth of flexible childcare to push families deeper into poverty, Government must ensure that unpaid domestic and care work is recognised, reduced, and redistributed from the household to the state by an increase of accessible, good quality childcare and social care.”

Catherine Fookes, Director of Women’s Equality Network Wales, said:”
It is clear that women continue to experience the impact of the pandemic disproportionately. Mothers are taking on higher levels of unpaid work, such as childcare and housework, in comparison to fathers. This imbalance in childcare results in mothers being more likely than fathers to have to take time off work with no pay due to school closures or a sick child. We also know that lower income families are more likely to be affected by loss of working hours and job losses. We urge the Government to maintain the £20 uplift in Universal Credit to support these families who are facing increasing difficulties, and to put in place innovative solutions such as the “Kinderbonus” in Germany, which is a payment of 300 Euros per child for families with children. This will help ensure that it is not always the lowest paid parent – more likely to be the mother – who takes time off work.”

Alexandra Brennan, Coordinator at Northern Ireland Women’s Budget Group said:
“If this data tells us anything, it’s that without a proper childcare strategy, without keeping the £20 uplift to Universal Credit, without recognising and mitigating the adverse impacts the pandemic has had on women and lower-income households within COVID-19 relief policies, we are heading towards an economic recovery that is not inclusive of their experiences.”

Rebecca Graham, from Standard Life Foundation, said:
The impacts of COVID-19 have been far from equal, with these data showing that women, and particularly women with low incomes, are more likely to have had their ability to work affected. Policy makers must ensure that these differences are properly incorporated into responses to the pandemic to reduce the risk of serious knock-on effects for women’s financial wellbeing.

Methodology:
Our research is drawn from data collected by Survation with fieldwork conducted from 18th November- 2nd December 2020. The survey was conducted via an online panel. Invitations to complete surveys were sent out to members of online panels across the four nations in the UK. This survey was completed by 1,003 parents (adults age 18+) with children aged 14 and under. It includes 469 fathers and 533 mothers.

This study was funded by Standard Life Foundation. The Foundation funds research, policy work and campaigning activities to tackle financial problems and improve living standards for people on low-to-middle incomes in the UK. It is an independent charitable foundation registered in Scotland.

This study was funded by the Joseph Rowntree Reform Trust (JRRT). Responding to the growing crisis of democracy and erosion of trust in the political class and institutions, JRRT’s priority area of work for both grant-making and external activities is democratic and political reform.