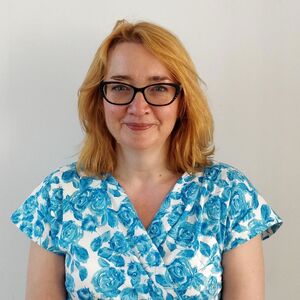 Mary-Ann Stephenson has been active in the Women’s Budget Group for over twenty years, and was appointed as its first Director in 2017. Prior to this role, she was a freelance consultant specialising in women’s equality and human rights and has been Director of the Fawcett Society and a Commissioner on the Women’s National Commission. She is a trustee of Coventry Rape and Sexual Abuse Centre and of Just Fair. She has a PhD in Law from the University of Warwick. 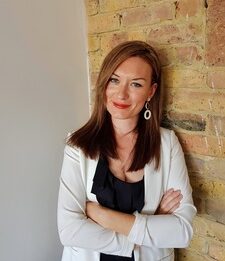 Sarah joined WBG in 2021 to oversee our communications and public affairs strategy. She has a particular focus on broadening the reach of WBG’s work and building relationships across the political spectrum. As a journalist, Sarah wrote about employment before she moved onto campaigning for women’s rights in the workplace. She led Pregnant Then Screwed’s pandemic response, managing their award-winning campaigns, and has since supported a range of other organisations, including trade unions, with communications strategy. Sarah also sits on the board of Parental Pay Equality. 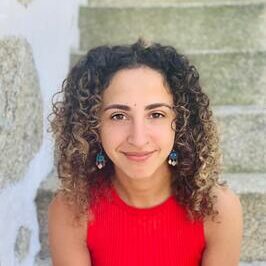 Hana holds an LLM in Law & Gender from SOAS. She joins the Women’s Budget Group with experience in administration and event coordination in an NHS organisation. She has previously volunteered with IKWRO, an organisation for protecting women and girls from ‘Honour’ Based Violence, Forced Marriage and FGM. Hana is particularly interested in the lived experiences of Minority Ethnic women and other marginalised groups. 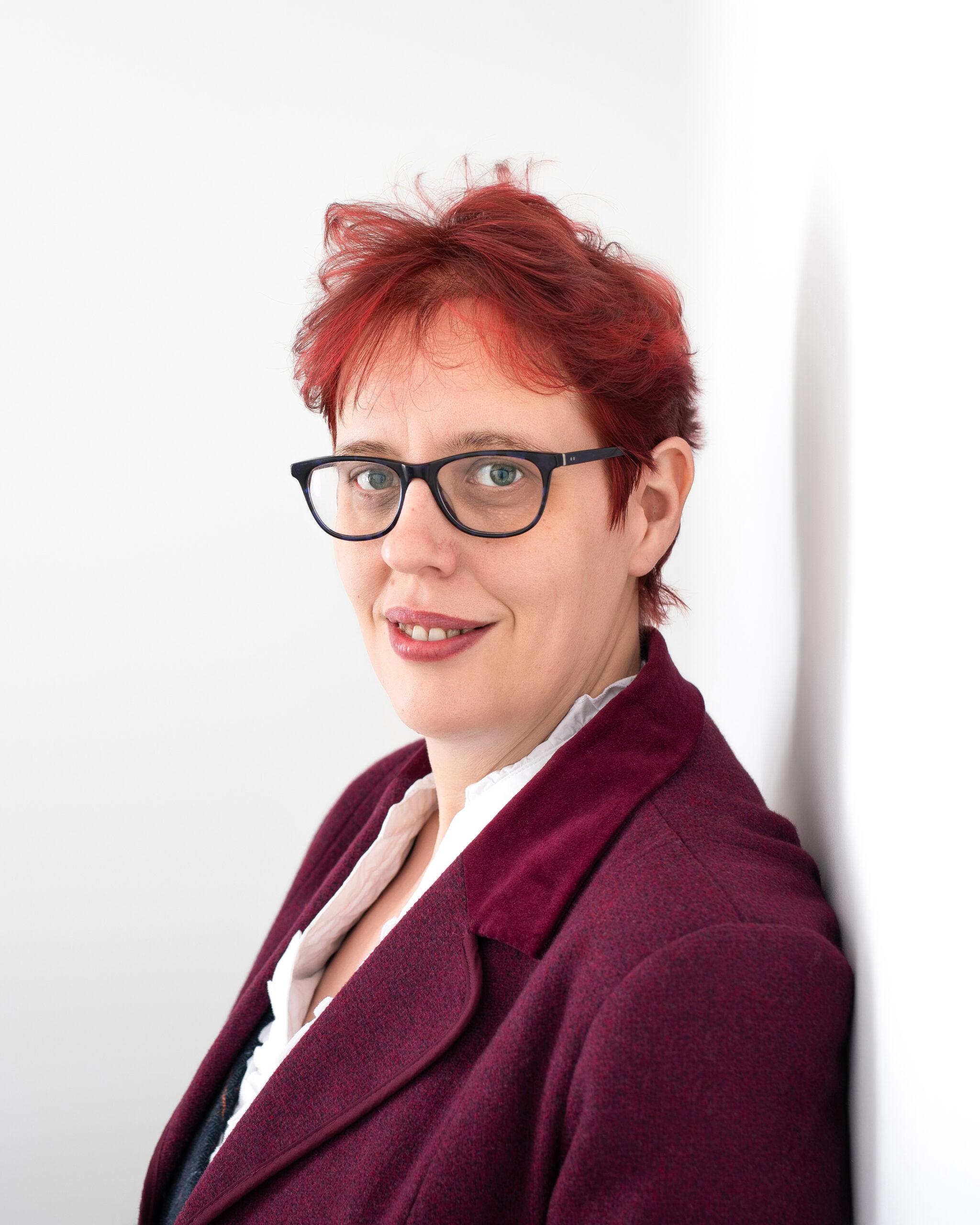 Liz Hind joined the Women’s Budget Group in June 2022. She is the Local Partnerships and Training Officer.

She has had a varied career including working for the British Science Association on projects aimed at getting disadvantaged pupils into STEM. She has worked as a freelance trainer and education consultant and was running a pub during the pandemic. She volunteers with the Fabian Women’s Network.

Liz has a PhD in History and Philosophy of Mathematics from the University of Liverpool. 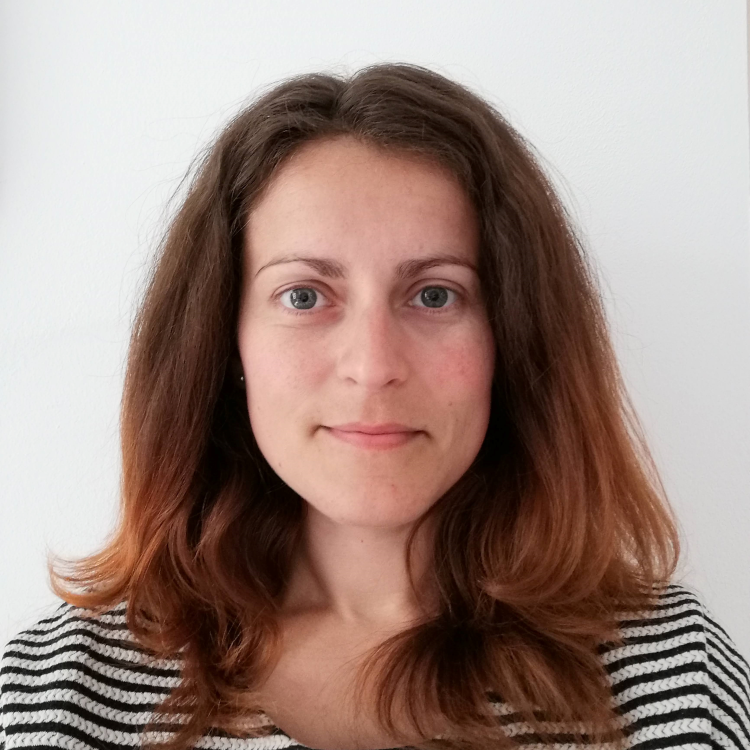 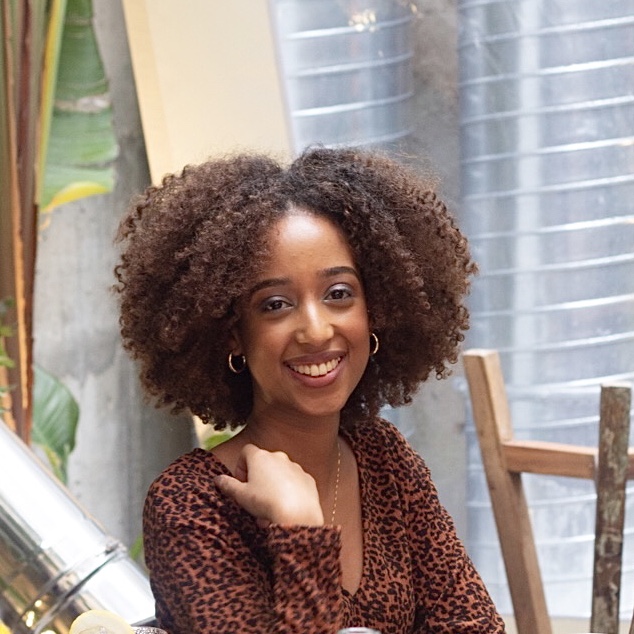 Ebyan joined WBG in 2021 as an intern as part of our first internship programme. Since then, she has become part of the staff team as a Project and Research Officer for the Global Partnerships and Learning programme. She has an MSc in Political Science from Stockholm University and has volunteered extensively for grassroots organisations both in the UK and abroad. Her interests lie in gender, migration, and labour rights issues. 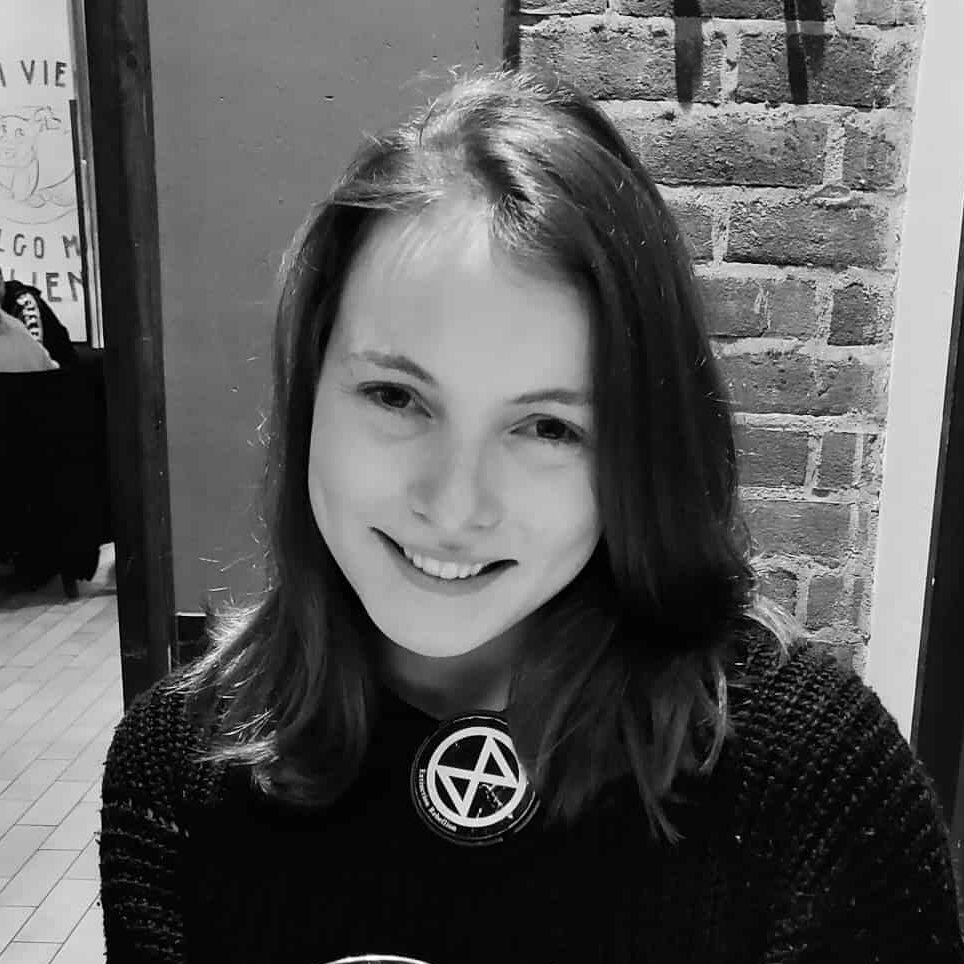 Elle joined the team in 2022, covering maternity leave as a communications assistant. She works as a freelance writer and researcher with a background in communications and a Master’s degree in media practice for development and social change. Her work focuses on sustainability, equality, and complex systems. She has worked with Design Council, the National Lottery Community Fund, Climate Parliament on report writing, comms, and events facilitation 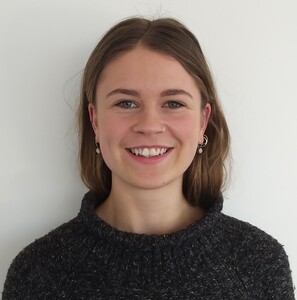 Ciara joined WBG in January 2022 after recently completing an MSc in Gender, Development and Globalisation at the London School of Economics. She provides support to the WBG Finance & Organisation Development Team, as well as the Research & Policy Team. Previously, Ciara has worked for several years in the charity and non-profit sector in Ireland with organisations such as Rethink Ireland and on local projects with Galway Simon Community and the International Organisation for Migration. 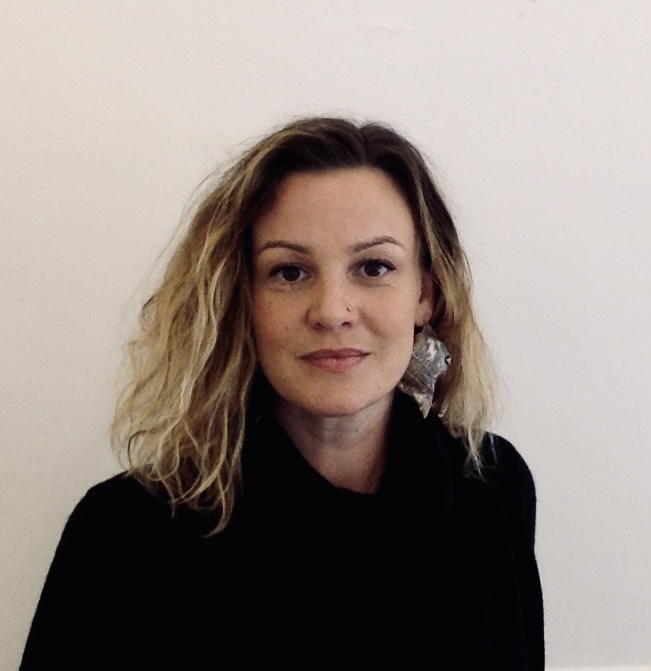 Head of Finance and Organisational Development

Rose joined WBG in 2021 from the Feminist Library. She has a background in supporting grassroots organisations in growth and development and has worked in activist movements engaged in feminism, social and environmental justice, food sovereignty, and workers’ rights, in the UK and India. Rose is particularly interested in the rights of travelling communities and is herself a liveaboard itinerant boater. She has an MA in Continental Philosophy from the University of Essex and an MSc in Development Studies from SOAS. 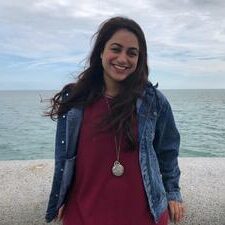 Thaira has worked for front line services supporting victims & survivors of Honour Based Violence, Forced Marriage & Domestic Abuse. She is an accredited Independent Domestic Violence Advocate. She has previously worked for a global academic publishing company Taylor & Francis, promoting their research amongst academics. She has also worked in communication roles for Suzy Lamplugh Trust, a personal safety and stalking advocacy charity and Jewish Women’s Aid.  She has a Bachelor of Honours degree in Marketing. 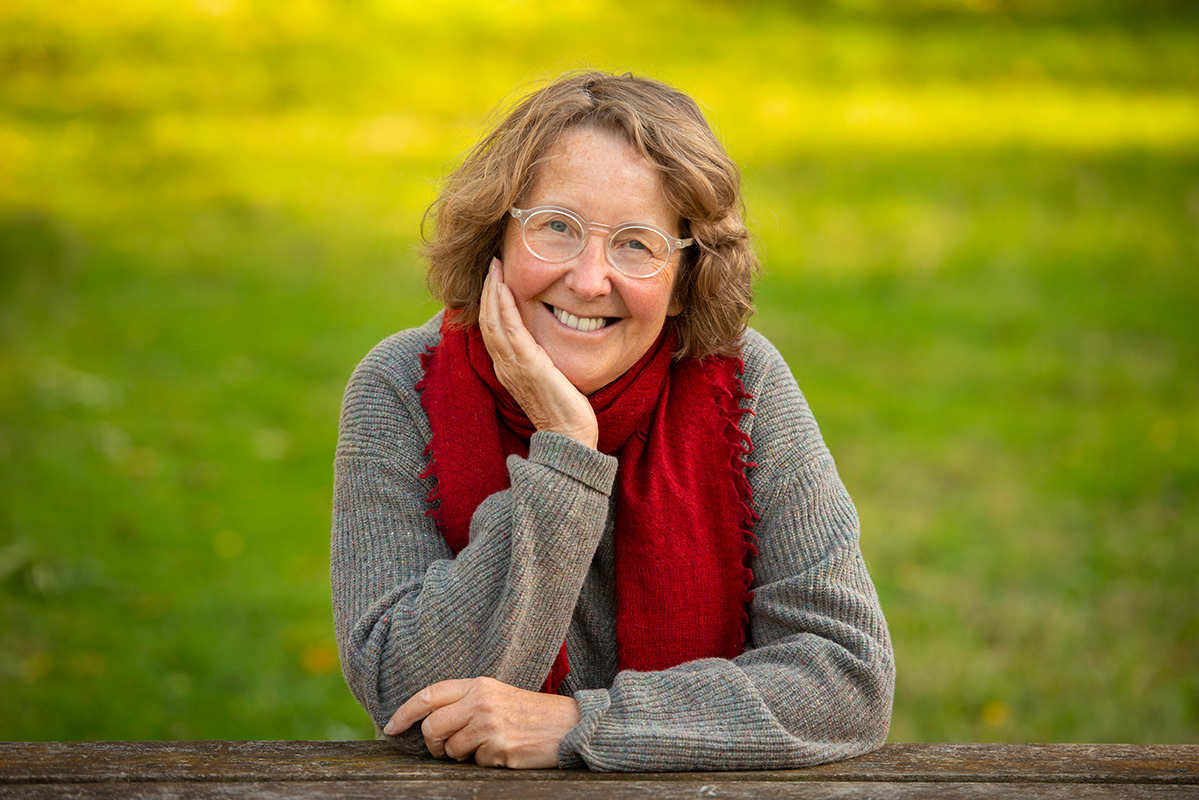 Janet Veitch works as a consultant in the UK and internationally on women’s rights and gender responsive budgeting, having worked for ten years for the UK Ministers for Women, first as head of gender mainstreaming and then as Director of the UK Women’s National Commission. She was a research assistant in the House of Lords and a specialist adviser to the Women and Equalities Select Committee. She is a founder member of the End Violence Against Women Coalition. She has previously served as Vice-Chair of Equally Ours, Chair of the Happy Baby Community for refugee mums, and as an associate adviser on gender for the British Council. She was awarded the OBE for services to women’s rights in 2011.

Co-Chair for Strategy and Fundraising

Ruth is Emeritus Professor of International Development at the University of Leeds, development economist and founder scholar and activist in the field of Gender and Development. Ruth’s research interests are  focussed on women’s  productive and reproductive work in the global economy, migration, ethnicity and labour organisation in Latin America, South East Asia and the UK. She also writes on social care and gendered economic policy and has  extensive experience of  working with international and UK women’s organisations and NGOs in the global South and North.

Angela is a Reader in Equalities and Public Policy at Glasgow Caledonian University and currently independent Chair of the Scottish Government’s Equality and Budgets Advisory Group (EBAG).  She was a member of the UKWBG Commission for a Gender Equal Economy and is also a Trustee of the Scottish Women’s Budget Group. She has been engaged in the process of securing equality analysis in the Scottish Budget process since its inception in 1999/2000) and regularly gives evidence to committees of the Scottish Parliament – and elsewhere – on improvements in gender analysis of budget processes. 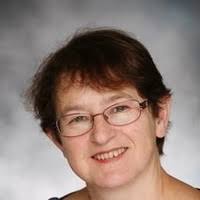 Pat became treasurer of the WBG in 2018, having held voluntary positions in a number of educational and professional organisations. She is a qualified librarian and has worked in information and management roles in universities and local authorities.

Karissa has seven years of experience in policy across the non-profit and public sector. She is currently working for the Mayor of London on skills and employment policy, leading policy development for the £300m p.a. devolved Adult Education Budget. She is passionate about meaningfully engaging communities in policy work, and led award-winning work to mainstream youth participation at the London Borough of Waltham Forest. Karissa is the founder of ‘Post Ref Racism’, a post-Brexit campaign to combat hate crime and xenophobia with proven national impact, and has previously worked in for human rights NGOs in Bolivia.

Sarah is a Reader in Human Geography at the University of Manchester. Her research sits in the broad field of feminist political economy: understanding how socio-economic processes are shaped by gender relations, lived experience and social difference. Sarah has been a member of the WBG Management Committee since 2014, and is particularly involved in conducting and advising on qualitative research strategy and public engagement activities. 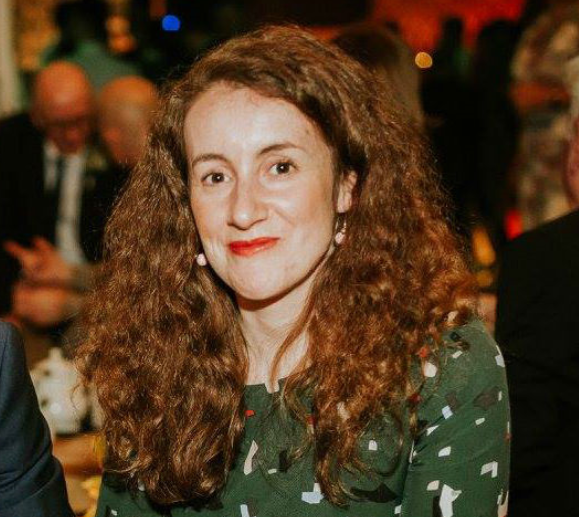 Rachael is a journalist and editor who focuses on finance, environmental issues and women’s rights. Her work has appeared in The Telegraph, Tortoise, The Independent, Refinery29 and more. Rachael is also the host of a podcast called An Honest Account, a podcast about women and money. She is reports editor at Principles for Responsible Investment, a UN-supported membership organisation that pushes asset managers to invest responsibly.

Jules is currently completing an ESRC-funded PhD in Multidisciplinary Gender Studies at Cambridge, researching social norms and fathers’ use of parental leave in comparative context. Her research interests comprise gender, equality, social policy, care, social reproduction and feminist theory and she co-convenes the Gender and Working Lives research cluster (@genderworkgroup).  Prior to undertaking the PhD Jules worked in funding and has 11 years’ experience in fundraising for social care, international development and higher education projects. @jules_allen_ 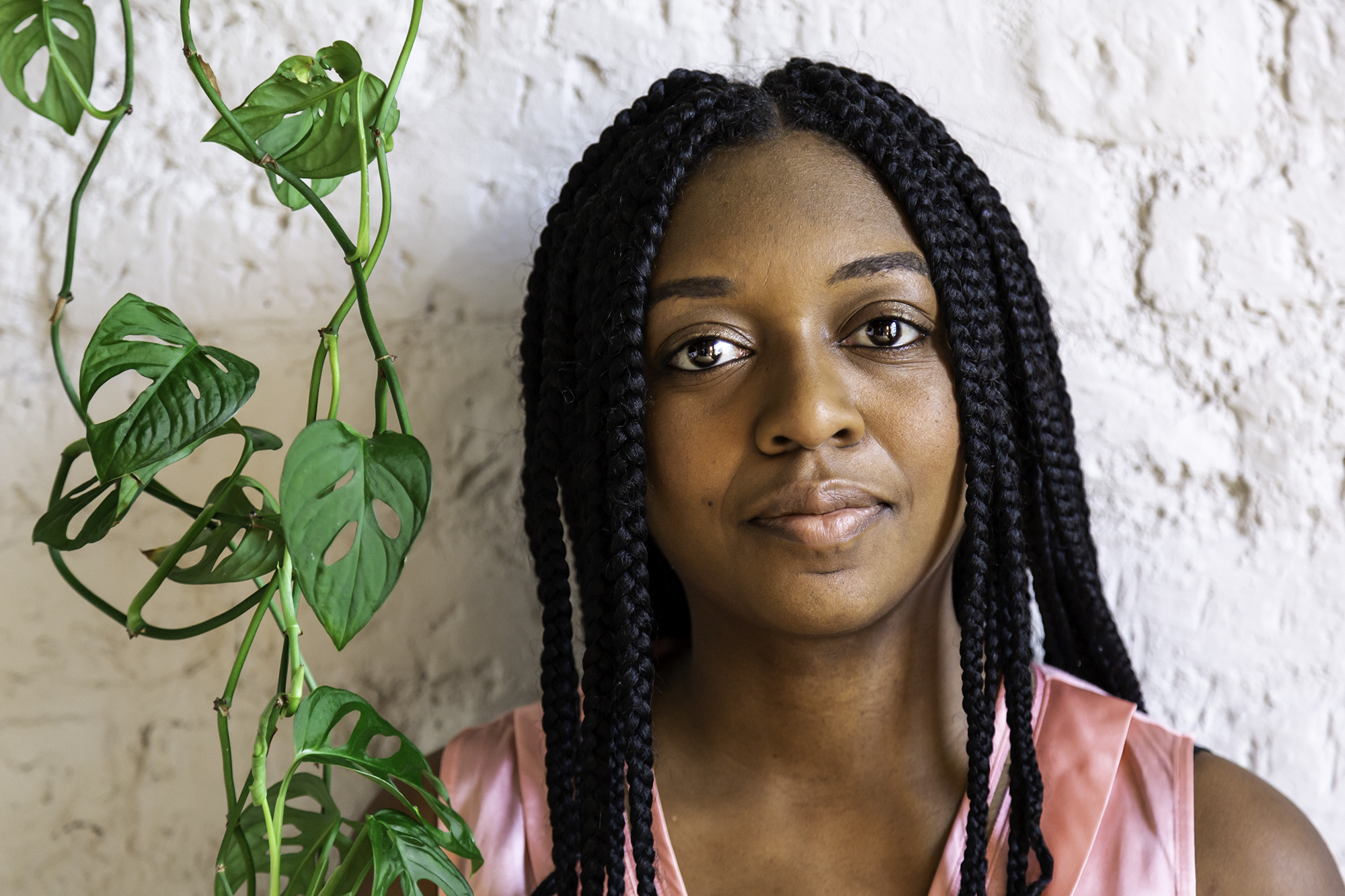 Kimberly McIntosh is a writer, researcher and a Labour councillor for Faraday ward, Southwark. Previously, she was Senior Policy Officer at The Runnymede Trust, where she worked with the Women’s Budget Group on the report Intersecting Inequalities: Austerity and BME women. She has written for a range of publications including the Guardian, the Washington Post, the Independent and the Metro, and has discussed her work on BBC Radio 4, BBC News and Sky News. She is an Associate Editor at Wasafiri magazine, a quarterly British literary magazine covering international contemporary writing and sits on the Mayor of London’s Equality and Diversity Advisory board. Her first book, black girl, no magic, will be published by the Borough Press at HarperCollins in June 2023.